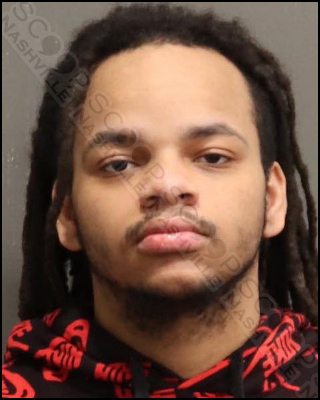 19-year-old Zachariah Morris was jailed this week on an outstanding felony warrant charging him with the theft of an automobile. Police say he stole Robert Fortune’s 2021 Lexus GS460, valued at $53,000, from his residence on Rosa L. Parks Blvd. He then fled to Gallatin, where he nearly struck a patrol car and was later arrested on multiple driving-related charges.

Zachariah S. Morris of Chambers Circle in Gallatin, TN, was booked into the Metro Nashville Jail on October 8th, charged with felony automobile theft. A judicial commissioner set his bond at $25,000, and then it was reduced to $5,000, and he posted a cash bond after the hearing.