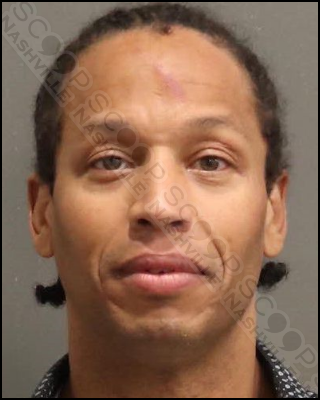 45-year-old Steffen Tyree Landrum-Alves is charged with public intoxication after police say he was “peeing on the floor inside the bar” at Nudie’s Honky Tonk in downtown Nashville. Officers responded just before 2 a.m. as security had detained him awaiting their arrival. It was determined he was unable to care for himself, and Landrum-Alves was transported to booking and charged with public intoxication.

Steffen Tyree Landrum-Alves was booked into the Metro Nashville Jail on October 9th, charged with public intoxication. A judicial commissioner set his bond at $100.