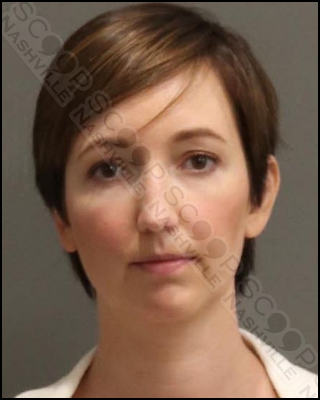 Stephen Giordano says an argument with his 37-year-old wife, Jessica (Giordano) Sirls, “got heated,” resulting in her throwing a plastic cup of water at him and scratching him on his arm. Metro Nashville Police responded to the Charlotte Pike apartment and met with the victim, Stephen, who presented with redness on his forearm, which police say was consistent with someone being scratched or gripped tightly by someone with long nails. There was also a slightly visible three-inch welt on his neck. Jessica, who is an actress and songwriter based in Nashville using the name ‘Jessica Sirls,‘ admitted to throwing water at her husband, pushing him, and slapping him. She was transported to booking and charged with domestic assault with bodily injury.

Jessica J. Giordano Sirls of Charlotte Pike in Nashville, TN, was booked into the Metro Nashville Jail on October 9th, charged with domestic assault with bodily injury. A judicial commissioner set her bond at $1,000.