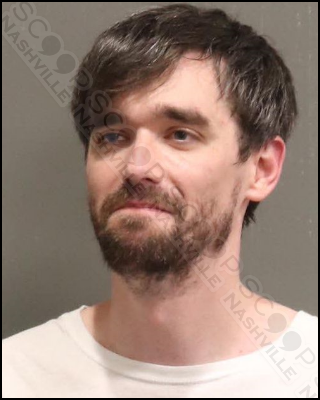 Metro Nashville Police say 28-year-old Graham Hendrix jumped out of a moving vehicle early Tuesday morning. Officers arrived at the scene to find him stumbling and reeking of alcohol. He admitted he was both drunk and high on marijuana. Due to him obviously being a danger to himself, Hendrix was taken into custody and transported to booking.

Graham Hendrix was booked into the Metro Nashville Jail on November 1st, charged with public intoxication. A judicial commissioner set his bond at $100.