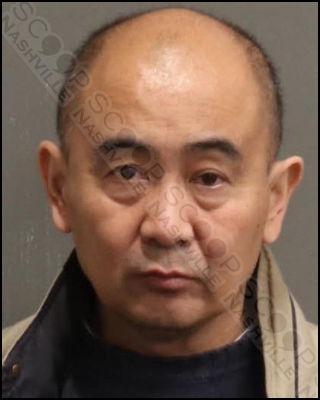 54-year-old Ning Wang is charged with aggravated criminal trespass after police say he showed up at the back door of his ex-wife’s residence on Tyne Blvd and refused to leave on November 2nd. Ying Zhang says he continued to knock on the back door, demanding to be let in, despite having not lived there in quite some time. Officers responded to similar incidents several times this year, the most recent in October, and Wang understood he was not allowed to be on the property but continued to return.

Ning Wang was booked into the Metro Nashville Jail on November 2nd, charged with aggravated criminal trespass. A judicial commissioner set his bond at $1,000.