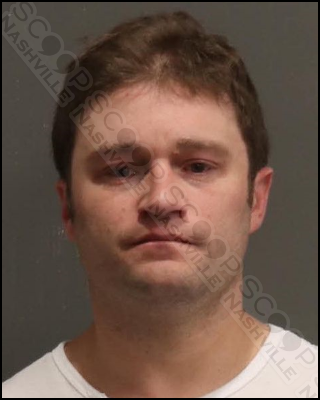 36-year-old James Roberts Keithman was on Broadway in downtown Nashville when officers responded to a call from someone concerned about his level of intoxication. Officers located him at 315 Broadway, where he was stumbling and visibly intoxicated. Initially, officers attempted to help him get a ride home; however, while waiting for his ride he attempted to flee the area on foot and immediately face-planted on the sidewalk. He was transported to booking and charged with public intoxication.

James Robert Keithman was booked into the Metro Nashville Jail on November 5th, charged with public intoxication. A judicial commissioner set his bond at $100.