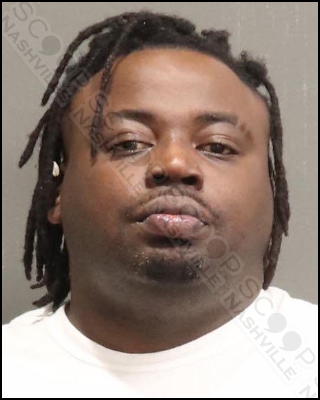 Metro Nashville Police say 35-year-old Karl Chandler replied to an escort ad that was posted by officers Monday, where he agreed to exchange both money and some cocaine for a sexual act. As he arrived at the agreed-upon location and spoke with the undercover operative posing as a prostitute, he stated he didn’t bring any cash, just the cocaine. An agreement was reached for 1 gram of cocaine in exchange for oral sex, as he tossed the drugs on the bed. As he was taken into custody, officers located 5 additional grabs of hard cocaine and 5.5 grams of powder cocaine.