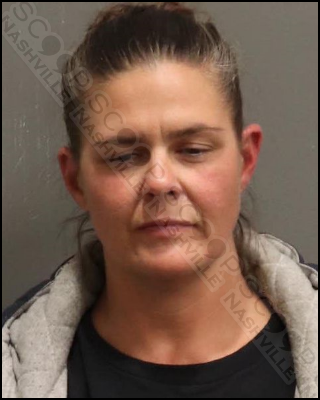 Metro Nashville Police responded to Oldham Street early Tuesday morning to find 42-year-old Patricia Jackson wandering the property clothed in only shorts, with no shirt or bra. Officers demanded she put a shirt on in public. Jackson exclaimed that Captain America and Jesus told her it was fine not to wear a shirt, and refused to cloth herself. After multiple attempts and resolving the situation, she was eventually transported to booking and charged with indecent exposure.

Patricia Jackson of Oakley Dr in Nashville, TN, was booked into the Metro Nashville Jail on November 8th, charged with indecent exposure. A judicial commissioner set his bond at $500.