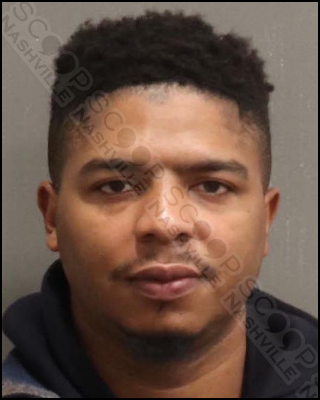 Metro Nashville Police say 31-year-old Daanwayne “Wayne” Northern was unconscious behind the wheel of his black SUV when they found him collided with a barrier wall at 14th & Broadway in the early hours of Thursday morning. Once he was awake and alert, Northern claimed she didn’t have anything to drink and was coming from his girlfriend’s apartment on Broadway. Officers report he reeked of alcohol and had slurred speech during their interactions. He performed poorly on field sobriety tests and was taken into custody for DUI.

Daanwayne Northern of Charlotte Pike in Nashville, TN, was booked into the Metro Nashville Jail on November 24th, charged with implied consent violation and driving under the influence. A judicial commissioner set his bond at $1,000.