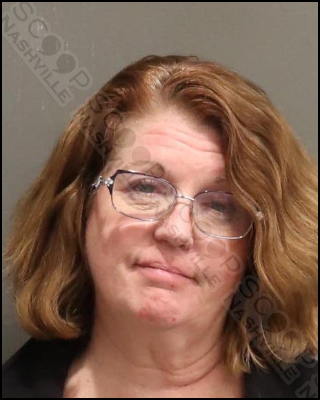 61-year-old Cindy Matlock Brown rear-ended another vehicle on Gallatin Pike late Sunday evening, sending that driver to the hospital with injuries. Brown admitted to having “2 glasses of wine” while at a friend’s home in Donelson, and she was trying to make it back to her home near Belmont but got lost on the way home. She appeared not to know where she was, was unsteady on her feet, and was generally visibly intoxicated. She blew a 0.234% BAC on a breathalyzer, which is nearly three times the legal limit to drive in Tennessee.

Cindy Matlock Brown of Villa PL in Nashville, TN, was booked into the Metro Nashville Jail on December 4th, charged with driving under the influence. A judicial commissioner set her bond at $2,000.