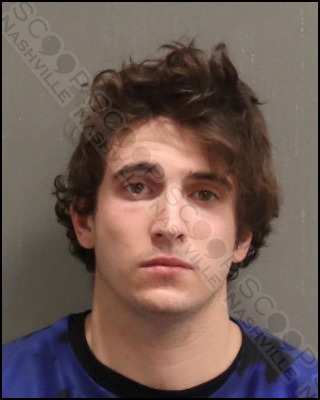 25-year-old Daniel Mahncke was found stumbling and bumping into people near Honky Tonk Central on Broadway in downtown Nashville late Saturday night. Nearby officers found him to be intoxicated and unable to care for himself. He was offered a trip to the hospital to sober up, but he refused all medical treatment. He was then transported to booking and charged with public intoxication.

Daniel Mahncke was booked into the Metro Nashville Jail on December 3rd, charged with public intoxication. A judicial commissioner set his bond at $100.