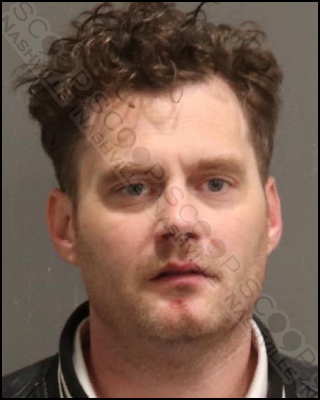 39-year-old Adam Michael Morris was arrested on December 2nd on West Eastland Avenue in East Nashville for public intoxication. Police say he refused to leave an Uber, prompting the driver to call police. After several attempts, Mr. Morris exited the vehicle but was unable to walk, and he fell directly onto his face, injuring himself when police told him to go to his nearby home. He was taken into custody to prevent further harm to himself, and was transported to booking.

Adam Michael Morris was booked into the Metro Nashville Jail on December 3rd, charged with public intoxication. A judicial commissioner set his bond at $250.