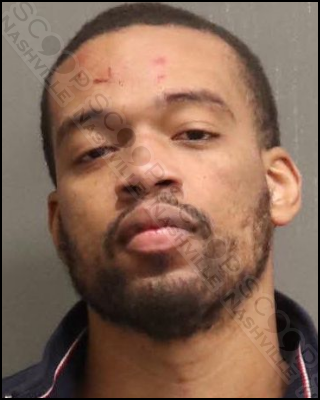 Police say 33-year-old Andee Cannon was attempting to cross a street in downtown Nashville when a MNPD contracted APS Security Officer attempted to stop him from crossing into traffic. Cannon reportedly punched the security officer and was then tackled to the ground, and the security officer was on top of him when police arrived to assist. Cannon stated he “wasn’t trying to get tied up in all this” and was “just trying to go home.” Due to his level of intoxication and disorderly conduct, he was taken into custody.

Andee D. Cannon of Hillside Ct in Murfreesboro, TN, was booked into the Metro Nashville Jail on December 11th, charged with disorderly conduct and public intoxication. A judicial commissioner set his bond at $200.