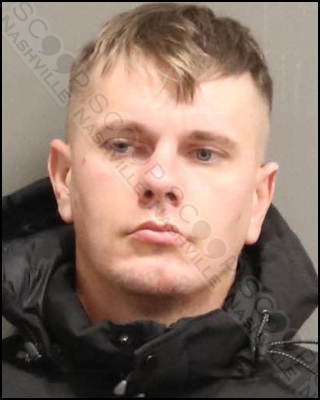 30-year-old Russian tourist Oleg Belonogov was charged with public intoxication on December 21st. According to police, Oleg refused to leave the EG&MC Restaurant and Bar on Jefferson St when asked and began to annoy other customers. When officers arrived at the bar, they offered to give Oleg a ride home or to his hotel, but he refused and told officers he would walk. Officers reported they could smell a “strong odor of alcohol” coming from his breath and that Oleg was unable to walk on his own safely, so he was taken into custody.

Oleg Belonogov was booked into the Metro Nashville Jail on December 21st, charged with public intoxication. A judicial commissioner set his bond at $100.