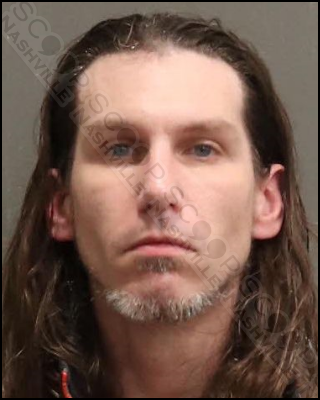 40-year-old Dylan Yost was stopped for driving with expired tags and weaving between lanes earlier this month. As the officer approached the vehicle, he said he could smell alcohol coming from Yost and the vehicle. Yost admitted to consuming one “Tallboy Bud Light Seltzer” after his shift at work and before driving. Yost blew a 0.16% BAC, double the legal limit, and was charged with DUI.

Dylan C. Yost of Ward Ln in Kingston Springs, TN, was booked into the Metro Nashville Jail on December 9th, charged with driving under the influence. A judicial commissioner set his bond at $2,500.