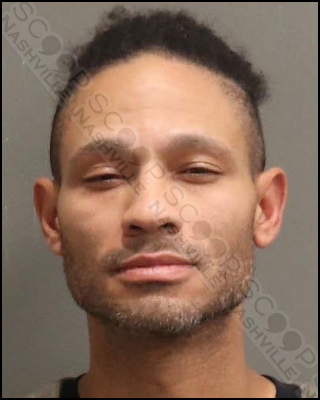 42-year-old Charles Trimm was charged with domestic assault this month after police say he grabbed Dorrie Phillips by the back of the neck and the top of her chest in downtown Nashville. Responding officers were able to view video of the assault from the J.W. Marriott security cameras. The victim was transported to the hospital after she had a panic attack after the assault, and Trimm was taken into custody.

Charles Trimm was booked into the Metro Nashville Jail on December 2nd, charged with domestic assault with offensive/provocative conduct. A judicial commissioner set his bond at $1,500.