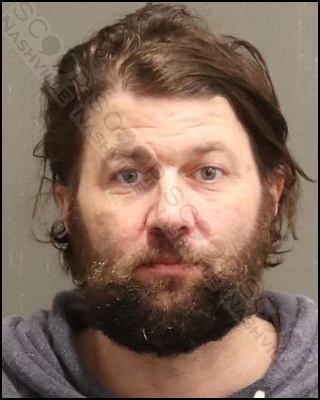 Police say 42-year-old Anthony Giglio threw the phone of his girlfriend, Petra Bouije, against a wall and used a kitchen knife to stab the tire of her vehicle Tuesday afternoon. Petra says she went to her boyfriend’s home to pack up her belongings, and he began to yell at her and took the phone from her hands, and threw it against the wall. When she went to retrieve her phone, he reportedly got between her and the door and refused to let her leave the residents. Petra escaped out the back door of the home, and as she came around the corner, she witnessed Giglio using a kitchen knife to stab her tire. She got into her car, locked the doors, and waited for the police to arrive.

Anthony Michael Giglio of N 6th St in Nashville, TN, was booked into the Metro Nashville Jail on January 3, charged with vandalism. He is free on a $1,000 cash bond.