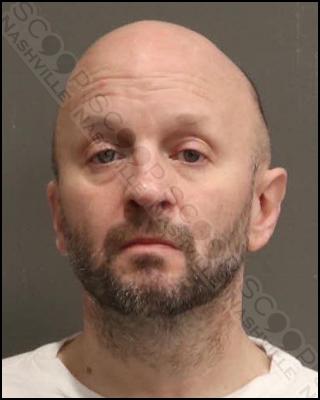 Cathryn Thomas called police on January 1, stating her husband, 48-year-old Collin Thomas, was in their home and in violation of an order of protection. Officers arrived and verified he was served with the order on Christmas Day. After he was initially served, he moved out and stayed with Cathryn’s mother, but she let him return home on December 27, and he did. She says she revoked that permission on December 29 and demanded he leaves, which he reportedly refused.

Collin C. Thomas of Timber Valley Drive in Nashville, TN, was booked into the Metro Nashville Jail on Jan 1, charged with violating an order of protection. He is free on a 1,000 bond.