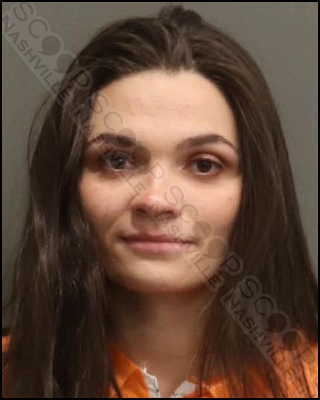 25-year-old Wendy Butler and her friend were found lying in the middle of 11th Ave South in downtown Nashville in the early hours of Sunday morning. Officers attempted to get the Butler back to their hotel, but she was unable to communicate effectively, with none of her answers making sense, according to Officer Peyton Wheatley. Due to her state of intoxication and current location on the roadway, she was transported to booking and charged with public intoxication.

Wendy Butler was booked into the Metro Nashville Jail on January 22, charged with public intoxication. A judicial commissioner set her bond at $100.