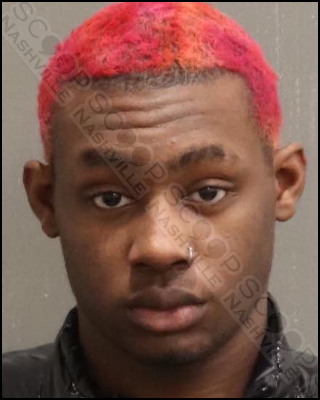 Metro Nashville Police say 18-year-old Germari Jones (locally known as prettyboyy mari on IG) was in a physical altercation with Tyler Melvin in Antioch. Prior to their arrival, Jones tossed a ten-pound plate-style weight through a glass door in an attempt to strike Melvin with it. Jones refused to be detained by police for questioning and fled from them after being free from their grip and running to his apartment. He eventually unlocked the door and was placed into custody.

Germari M. Jones was booked into the Metro Nashville Jail on March 3rd, charged with aggravated assault with a deadly weapon, vandalism, and resisting arrest. He is free on a $9,000 bond to his 300 Bakertown Road address in Antioch.