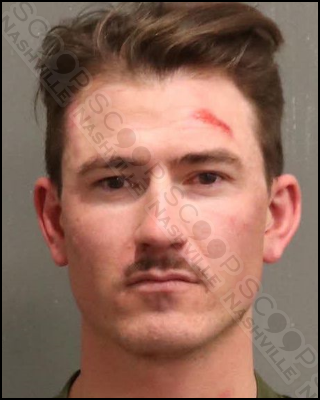 28-year-old Austin Thompson told officers he consumed five beers but was not “legally drunk” when they encountered him in downtown Nashville Thursday night. Thompson was being escorted out of Whiskey Row when he became combative with Samuel Shapiro, part of the bar’s staff. Thompson reportedly tried to re-enter the bar after being kicked out and punched Shapiro in the face.

Austin Wayne Thompson was booked into the Metro Nashville Jail on March 31st, charged with public intoxication and assault. A commissioner set his bond at $1,100. He was given pre-trial release to his 10493 Fork Run Street address in North Las Vegas, NV.