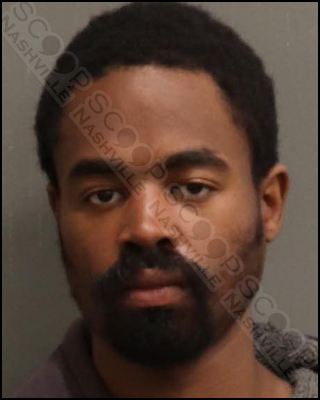 27-year-old Gregory Flagg walked into the Doller General store on 3rd Ave South with an open beer Sunday. The manager, John Stephens, asked him to leave the location, at which time Flagg immediately turned around and punched Stephens square in the face causing a visible injury.

Gregory Flagg was booked into the Metro Nashville Jail on April 10th, charged with public intoxication and assault. A commissioner set his bond at $1,100 and he was given pre-trial release to the Rescue Mission. This was Flagg’s first arrest in Nashville.