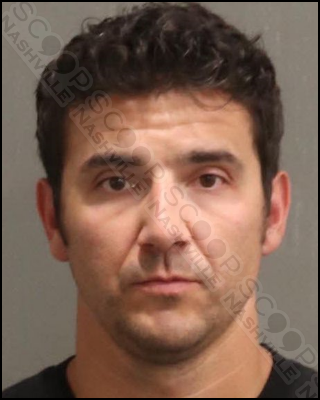 35-year-old Sean Stein and a female were both denied boarding at the Nashville International Airport Monday afternoon due to their extreme level of intoxication at 4:25 p.m. Stein became aggressive with the flight crew when they advised he needed to exit the aircraft. He then became irate with officers who came to assist him off the aircraft. He continued to refuse and was handcuffed while pulling away, resisting arrest.

Sean Karl Stein was booked into the Metro Nashville Jail on June 20th, charged with criminal trespass. A judicial commissioner set his bond at $500 and the Davidson County Sheriff’s Office gave him pre-trial release from their facility.