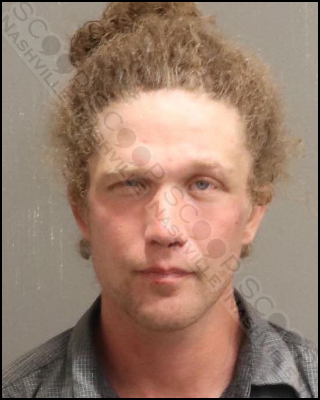 Metro Nashville Police say Corric Crawford had chased down and detained 30-year-old Steven Clark before they arrived, after he attacked Crawford’s vehicle at the downtown White Castle drive-thru. Multiple witnesses report Crawford was in the drive-thru when Clark jumped on his vehicle, causing severe damage to the hood and smashing out the rear windshield. Clark fled, and Crawford drove around until he located him. Armed with a knife, Crawford confronted Clark, cleared him for any weapons, then held him until police arrived. One witness states the victim may have assaulted Clark when he confronted him, but no associated charges were filed. Damages to the vehicle were estimated at $6,000.

Steven Clark was booked into the Metro Nashville Jail on July 3rd, charged with felony vandalism. A judicial commissioner set his bond at $7,000 and additionally placed Clark on a 12-hour hold (non-domestic violence) before he could be released.