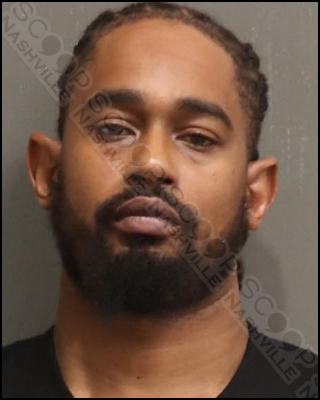 35-year-old Steven Johnson was jailed this week on an outstanding warrant charging him with domestic assault. The warrant, from August of 2021, alleges Johnson was in an argument with Precious Douglas over “food” and escalated when Johnson reportedly got in her face, raised his hand, and began poking her in the forehead with his index finger. Precious says she was scratched by his fingernail as he was poking her. A warrant was issued for his arrest, charging him with domestic assault, as he had fled the scene before officers arrived at the Antioch home.

Steven Johnson was booked into the Metro Nashville Jail on July 9th on the outstanding warrant, charging him with domestic assault with bodily injury. He is free on a $2,000 bond.