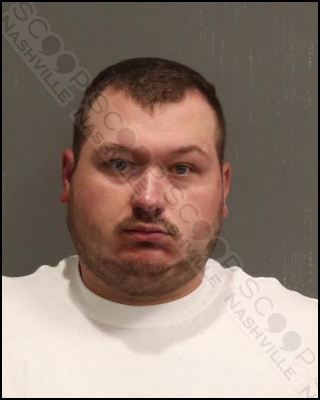 Metro Nashville Officers working the Entertainment District Initiative late Friday night found 27-year-old Mike Terry Jr. being disorderly at Johnny Cash’s Bar in downtown Nashville. Staff told police he was attempting to start fights with other patrons and was heavily intoxicated. Officed transported him to booking and charged him with disorderly conduct and public intoxication.

Michael Terry, Jr., of N. Paddock Road in Camby, IN, was booked into the Metro Nashville Jail on August 5th, charged with public intoxication and disorderly conduct. A judicial commissioner set his bond at $100, and the Davidson County Sheriff’s Office gave him pre-trial release from their facility.