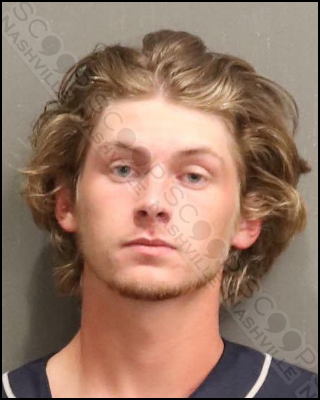 Staff at Miranda Lambert’s Casa Rosa say 21-year-old Sawyer Swindle was trespassing at their location and was extremely intoxicated. He had been asked to leave multiple times and refused to do so, and Metro Nashville police were called to the scene. He was taken into custody and charged with public intoxication and criminal trespass.

Sawyer Swindle of Merrimac Drive in Hendersonville, TN, was booked into the Metro Nashville Jail on August 6th, charged with criminal trespass and public intoxication. A judicial commissioner set his bond at $1,000, and the Davidson County Sheriff’s Office gave him pre-trial release from their facility.