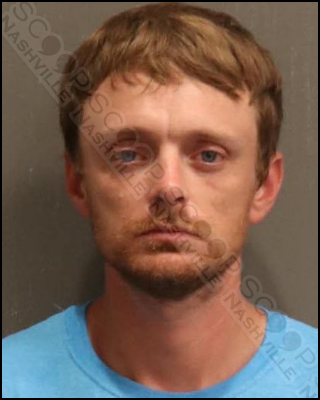 31-year-old Charles Maxwell entered the closed race track of the Music City Grand Prix on Friday and refused to leave. Race staff eventually contacted Metro Nashville Police, who also encountered Maxwell and explained he had to leave the restricted area. He continued to refuse and was obviously intoxicated. Officers transported him to booking and charged him with public intoxication.

Charles Maxwell was booked into the Metro Nashville Jail on August 5th, charged with public intoxication. A judicial commissioner set his bond at $100.