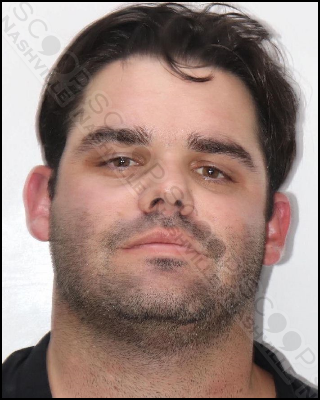 A Mount Juliet Police Officer working a security job at a downtown Nashville bar late Saturday night says the security team was escorting a patron out of the venue when a member of that patron’s friend group, 31-year-old off-duty NY police officer Jesse Calgcagni, became aggressive and jumped on the back of one of the security staff members and began to push the others. He was quickly tackled and escorted downstairs and restrained by security in the alley until Metro Nashville Police Officers arrived. They noted he reeked of alcohol and was repeatedly yelling, “Are you Metro?” Calcagni was transported to booking and charged with public intoxication.

Jesse R. Calgcagni was booked into the Metro Nashville Jail on September 11th, charged with public intoxication. A judicial commissioner set his bond at $100.