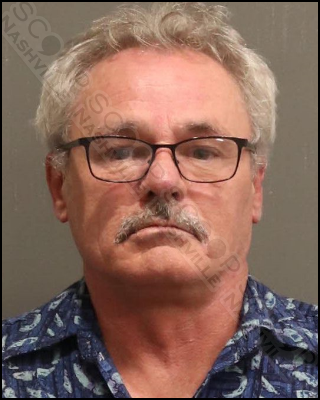 60-year-old John Underdown entered a building on 1st Ave S. in downtown Nashville late Saturday night while highly intoxicated. Security asked him to leave as he was becoming disorderly, and he refused to leave the property. Metro Nashville Police officers arrived to observe Underdown yelling and cursing at security. After he continued to refuse to go on about his night, he was taken into custody and charged with public intoxication.

John A. Underdown was booked into the Metro Nashville Jail on September 10th, charged with public intoxication. A judicial commissioner set his bond at $100.