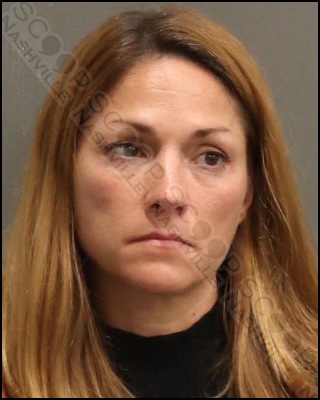 Metro Nashville Police say 41-year-old Robin Underwood collided with another vehicle near Old Hickory and Edmonson Pike. As officers approached Underwood in the driver’s seat of her vehicle, they reportedly smelled alcohol and she admitted to drinking “two beers” before driving. She stated she was having chest pain so was transported to the hospital, where she was cleared. After she was released from the hospital, she was asked to do field sobriety tests, which she performed poorly on. She was transported to booking and charged with DUI.

Robin R. Underwood of Dominick Dr in Nolensville, TN, was booked into the Metro Nashville Jail on September 10th, charged with driving under the influence and implied consent violation. A judicial commissioner set her bond at $2,000, and the Davidson County Sheriff’s Office gave her pre-trial release from their facility.