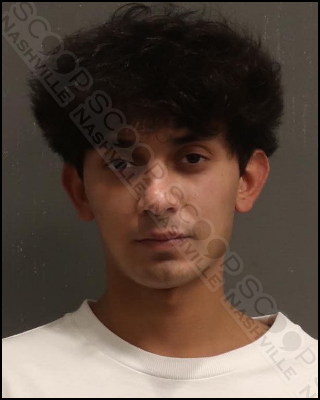 Security Personnel at Nordstrom at the Mall at Green Hills detained 22-year-old employee Jonathan Ramirez Perez in the security office until police arrived after management discovered he had stolen $1,600 from the store. Officers say security video confirms Perez Perez actually purchased items from the store in the past and, on two recent days, pretended to refund those transactions and refunded the money to his debit card without actually returning the merchandise. The total amount of the fraud was $1,600.

Jonathan Ramirez Perez of McDonough Cir in Thompsons Station, TN, was booked into the Metro Nashville Jail on September 16th, charged with theft over $1,000. A judicial commissioner set his bond at $1,500, and the Davidson County Sheriff’s Office gave him pre-trial release from their facility.