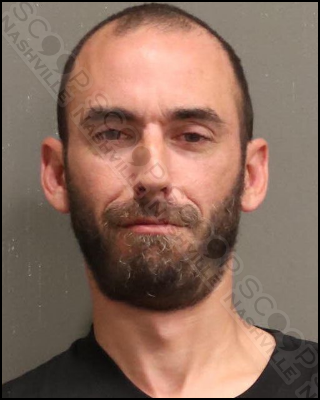 Metro Nashville Police officers working the Entertainment District Initiative responded to Dierks Bentley’s Whiskey Row on Broadway to the report of a disorderly person. On arrival, officers observed 39-year-old Anthony Mottola causing a disturbance with security at the location. Earlier in the night, officers also had contact with Mottola and already advised him to leave the area to prevent future calls. He continued to be extremely intoxicated and was unsure about the location of his hotel. Mottola was transported to booking and charged with public intoxication.

Anthony Mottola was booked into the Metro Nashville jail on September 16th, charged with public intoxication. A judicial commissioner set his bond at $100.