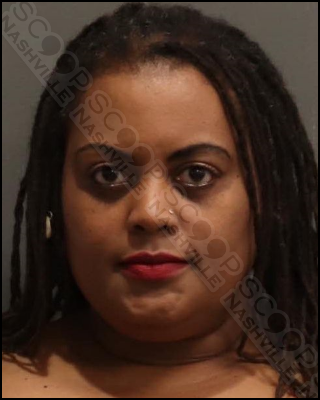 53-year-old Christina Beatrice Johnson is charged with the domestic assault of her husband, Augustine Odinukaeze. She reportedly believed he was cheating due to calls to his phone coming from different area codes, so while he was asleep in bed, she threw water on him to wake him up, so they could discuss the matter. He says he attempted to leave the room, but she blocked his way and smacked him in the face during the argument. She then reportedly threatened to shoot him.

Christina Beatrice Johnson of Brentridge Dr in Antioch, TN, was booked into the Metro Nashville Jail on October 3rd, charged with domestic assault with fear of bodily injury. A judicial commissioner set her bond at $1,500.