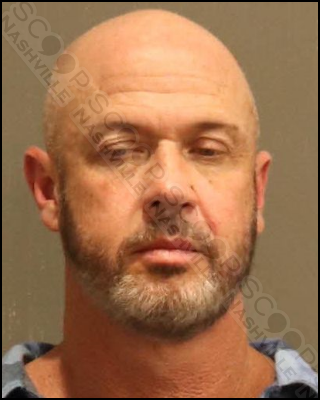 Police met with Kasey Brill late Saturday night in downtown Nashville as she was crying and holding the left side of her face. She told officers a man, identified as 56-year-old James Davis of Franklin, TN, had been following her friend group around the bars and kept staring at her as she was in line to buy hot dogs. That was when she confronted Davis and asked, “is everything alright, or is there a problem?” Davis reportedly replied, “what the fuck?” and as she turned to walk away, Davis punched her in her left eye, knocking her to the ground. Brill’s father assisted in detaining Davis and reportedly punched him in the face during the incident involving his daughter. Davis is free on pre-trial release.

James Davis of Becky Lane in Franklin, TN, was booked into the Metro Nashville Jail on October 30th, charged with assault. A judicial commissioner set his bond at $2,500, and the Davidson County Sheriff’s Office gave him pre-trial release from their facility.