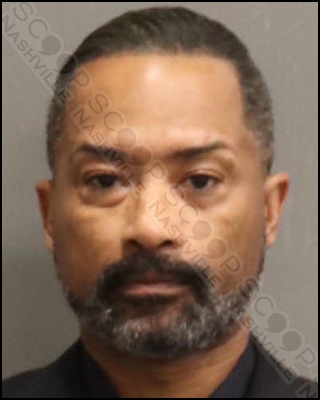 54-year-old Bruce Johnson-Castille was booked into jail this week on two outstanding domestic violence warrants where his ex-girlfriend, Sharee Shanklin, was the victim. A September 9th incident alleges Bruce threatened to punch her in the face while they were in the backyard and invited her into the house so he could “beat her ass inside.” She says he then lunged at her, causing her to fall and sustain injuries. On October 15th, she says Bruce suddenly grabbed her by the shirt, threw her to the ground, and punched her multiple times in her face and across her body.

Bruce Johnson-Castille of N. Hill Street in Nashville, TN, was booked into the Metro Nashville Jail on October 31st, charged with2 counts of domestic assault with bodily injury. A judicial commissioner set his bond at $2,000.