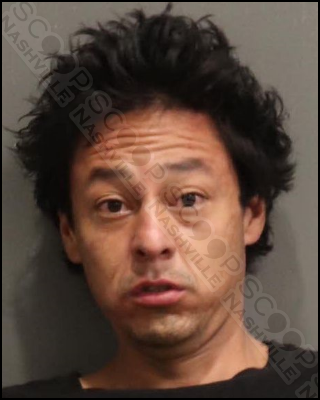 Metro Nashville Police say 28-year-old Byron Trujillo was pulling on a fuel pump at 9 Hermitage Ave early Wednesday morning in an attempt to damage it. He was seen hitting it and pulling on it. Officers made contact, and it was obvious Trujillo was intoxicated. Due to being a danger to himself, he was taken into custody and charged with public intoxication.

Byron James Trujillo was booked into the Metro Nashville Jail on November 2nd, charged with public intoxication. A judicial commissioner set his bond at $100.