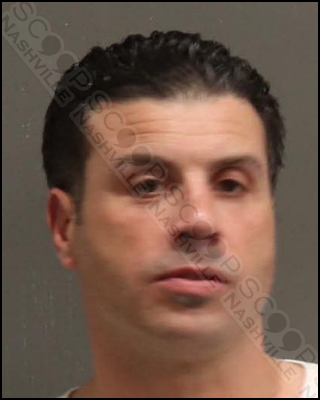 47-year-old John White was charged with public intoxication at the Nashville International Airport on November 6th at 5:30 a.m. after airport police were dispatched to the SouthWest ticket counter, where he was shouting profanities and yelling at multiple other customers. As officers arrived, White was shouting about NFL teams and smelled strongly of alcohol. It was determined that White did not even have a ticket to fly out on SouthWest. Officers attempted to get White a taxi, but he became increasingly agitated with officers. He was given a final choice to leave the property in a rideshare or go to jail. White was booked and charged with public intoxication.

John White was booked into the Metro Nashville Jail on November 6th, charged with public intoxication. A judicial commissioner set his bond at $100.