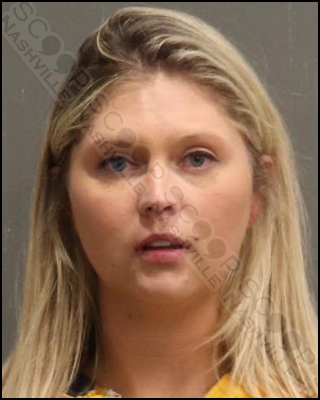 28-year-old Michaela Deleyer was reported as unconscious in the hallway of the Carillon Apartments at 3 a.m. Wednesday. Officers arrived to find her in an extreme level of intoxication, and she did know her own name. She reeked of alcohol and had urinated on herself. Once she realized she was loaded into an ambulance to receive medical treatment, she refused all medical assistance. Unable to be left in her current state, she was transported to booking and charged with public intoxication.

Michaela DeLeyer was booked into the Metro Nashville Jail on November 16th, charged with public intoxication. A judicial commissioner set her bond at $100.