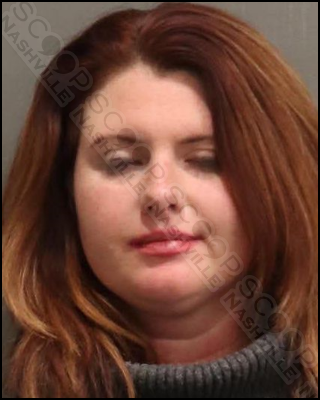 31-year-old Lisa (Sekscinski) Winfield says she had”1-2 mixed drinks” at an East Nashville bar prior to rolling her vehicle on Vashanti Street in the early hours of Friday morning. She refused all medical treatment at the scene. Officers say she was obviously and visibly intoxicated and later admitted that she was drunk while being processed at booking.

Lisa (Sekscinski) Winfield of Ilolo St in Nashville, TN, was booked into the Metro Nashville Jail on November 18th, charged with driving under the influence and implied consent violation. A judicial commissioner set her bond at $2,000.