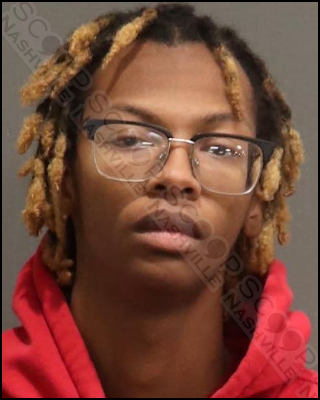 21-year-old Romale Grant is charged with stealing $4,239 worth of Apple products from the White Bridge Target store, where he was employed. Police say during a two-week period, Grant took 8 pairs of 3rd generation AirPods, 8 Airpod Pros, and 1 iPhone 14. Grant admitted to taking the merchandise from the tech stockroom and concealing them in his clothing or a bag until he exited the store. He states he would then sell the merchandise “on the streets.”

Romale C. Grant of Clifton Ave in Nashville, TN, was booked into the Metro Nashville Jail on November 17th, charged with felony theft. A judicial commissioner set his bond at $10,000, and the Davidson County Sheriff’s Office gave him pre-trial release from their facility.