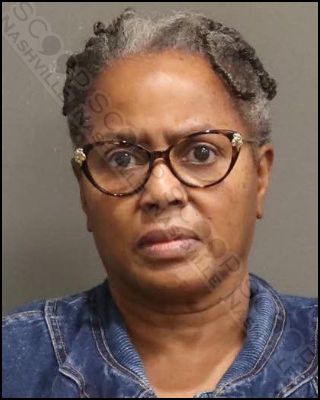 Mose Jobe says his 65-year-old sister, Ovalla Jobe, drove toward him and used her car to strike him in his left leg. The incident reportedly happened in January when Ovalla was having her vehicle dropped off at her brother’s house. For a reason that wasn’t disclosed, she began to get into a verbal argument with one of her brothers, Mose. He says he was several yards away when she drove toward him in her vehicle and struck his left leg. She fled the scene, and Mose was transported to the hospital. A warrant was issued for her arrest, and she was booked on that warrant this week.

Ovalla A. Jobe of Glade St in Nashville, TN, was booked into the Metro Nashville Jail on December 8th, charged with aggravated assault. A judicial commissioner set her bond at $3,500.