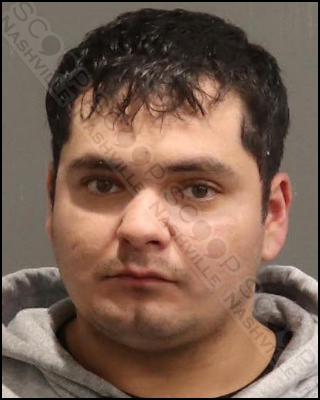 Edgar Rodriguez was arrested early Saturday morning and charged with public intoxication at the Nashville International Airport. According to police, Edgar was found at the bottom level of the airport slumped over, asleep with an opened bottle of alcohol between his feet. Officers attempted to wake him multiple times, even threatening to tase him if he didn’t stand up. Once another officer arrived on the scene, he was taken into custody and transported to the Nashville Metro Jail for booking. When asked why he was at the airport, he simply stated, “drink.”

Edgar Ulises Rodriguez was booked into the Metro Nashville Jail on December 17th, charged with public intoxication. A judicial commissioner set his bond at $100.