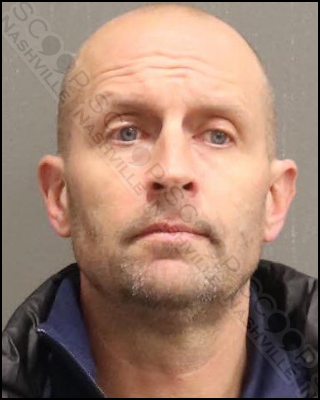 48-year-old Jason Raymond Oxford was sitting at a traffic light at a Rivergate intersection and nodded off while parked in the lane. The car behind him was a Goodlettsville Police Officer, who pulled alongside Oxford to check on him after he sat through two light cycles. He observed Oxford slumped over the wheel asleep. Another officer arrived, and they blocked the vehicle from the front and back and then woke Oxford. He stated he had “two beers” at the Nashville Predators Hockey game, and officers confirmed he reeked of alcohol. On the floorboard, officers also located a pill bottle with marijuana inside. Oxford is the Director of Corporate Development for the Nashville Predators.

Jason Raymond Oxford of Nashville, TN, was booked into the Metro Nashville Jail on December 21st, charged with possession or casual exchange, driving under the influence, and implied consent violation. A judicial commissioner set his bond at $2,000.