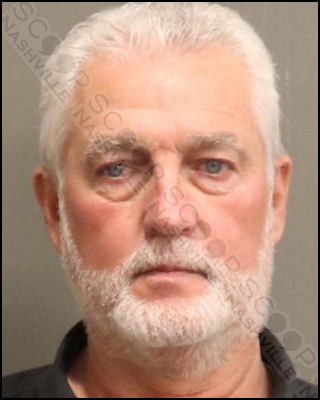 62-year-old Billy Hentz fled from a crash scene earlier this month in Hermitage. Angelique Spitaliere told police he fled after crashing into her vehicle and that he appeared to be intoxicated. He was observed in the nearby Publix parking lot, sitting in the front seat of his white Ford Taurus. Hentz told police he was on his way home from Double E’s Bar & Grill, where he consumed two beers and stopped in the Publix parking lot to attend to a flat tire. Officers noted extensive front-end damage to his vehicle, which had open alcohol containers and a firearm inside. Hentz performed poorly on field sobriety tests and was charged with DUI 2nd, among other charges.

Billy Hentz of Academy Rd in Lebanon, TN, was booked into the Metro Nashville Jail on November 24th, charged with possession of a weapon under the influence, driving under the influence, failure to give information, and leaving the scene of an accident over $1,500. A judicial commissioner set his bond at $6,000.