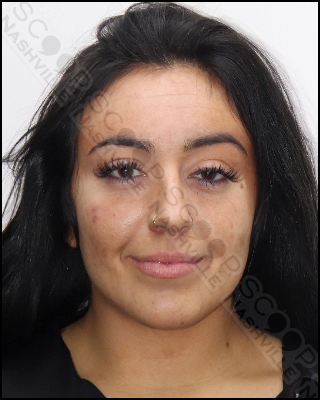 26-year-old Ashland Mariah Ghaffari was working at Bar East on Woodland Street on New Year’s Eve when staff called police due to her extreme level of intoxication and causing issues at her place of employment. Staff attempted to arrange for her to take an Uber home, but she was combative. Officers arrived, and she began to yell and argue with them. As she was being taken into custody for public intoxication after refusing to arrange a ride, she resisted being cuffed and refused to get into the patrol car. Ghaffari is listed as the Food & Beverage Director at Bar East and operates Garnished by Ghaffari.

Ashland Mariah Ghaffari of E Trinity Lane in Nashville, TN, was booked into the Metro Nashville Jail on January 1st, charged with public intoxication and resisting arrest. A judicial commissioner set her bond at $1,100, and the Davidson County Sheriff’s Office gave her pre-trial release from their facility.