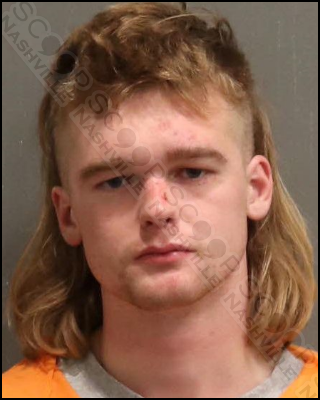 21-year-old Casey Bowden was found on the top floor of the Bridgestone Arena parking garage late Friday night, breaking into a white Chevrolet truck, which belonged to Bridgestone. As security approached the Connecticut tourist, he began ripping the cable and communication lines off the building. He was detained by security for police, who took him into custody after he was treated for the cuts to his hand from the broken glass.

Casey Michael Bowden of Candlewood Drive in Tolland, CT, was booked into the Metro Nashville Jail on December 30th, charged with public intoxication and vandalism. A judicial commissioner set his bond at $1,100, and the Davidson County Sheriff’s Office gave him pre-trial release from their facility.