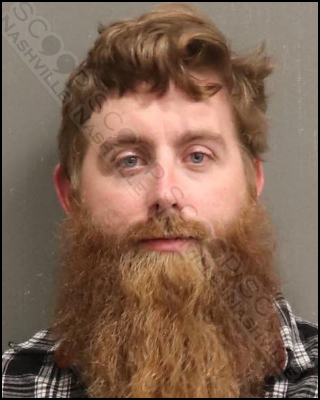 33-year-old Florida man Matthew Shinn faces multiple charges after police say he flipped a middle finger to staff at Nudie’s Honky Tonk Friday night before getting into a fight with bouncer Buck Buchanan. After Shinn was asked to leave for his disruptive “rude and obscene” behavior, he chest-bumped Buchanan twice, and after the bouncer fell to the floor, Shinn pulled the victim’s shirt over his head and punched him twice, leaving him with visible injuries.

Matthew C. Shinn of Old Mission Road in New Smyrna Beach, FL, was booked into the Metro Nashville Jail on December 30th, charged with assault, public intoxication, and disorderly conduct. A judicial commissioner set his bond at $2,500, and the Davidson County Sheriff’s Office gave him pre-trial release from their facility.