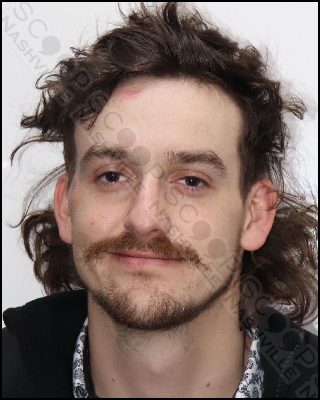 24-year-old Hunter Bagwell of Waverly was kicked out of Honky Tonk Central on Broadway in downtown Nashville on New Year’s Eve due to his disorderly behavior. After he continued to re-enter the venue, Metro Nashville Police arrived to charge him with criminal trespassing. During a search incident to arrest, a loaded .22 cal revolved was located in his front jacket pocket.

Hunter Bagwell of Lucas Lane in Waverly, TN, was booked into the Metro Nashville Jail on January 1st, charged with criminal trespass and illegal weapon possession. A judicial commissioner set his bond at $3,000, and the Davidson County Sheriff’s Office gave him pre-trial release from their facility.