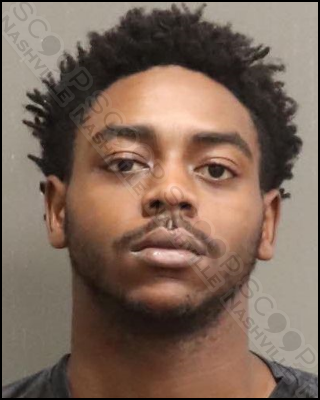 19-year-old Troy Cole (Garrett) is charged with the domestic assault of his girl, Zatiyah Dixon, after admitting to pushing her to the ground as each scrolled through the other person’s phone. The incident occurred on January 2nd, and he says Zatiyah accused him of cheating while searching his phone. The victim says Troy became upset as he was scrolling through her phone, too, and pushed her to the ground.

Troy D. Garrett was booked into the Metro Nashville Jail on January 2, charged with domestic assault. A judicial commissioner set his bond at $1,000.